Gerry Richardson and the big idea

Gerry Richardson has had a full and eventful career both as an accomplished musician and composer. He has a wealth of experience in all styles of music involving him with some of the biggest names in jazz & rock. In the 70s he and Sting formed the seminal North East Jazz Rock band 'Last Exit'.

Gigs have included work with The Police and Eberhard Schoener, Billy Ocean, Guy Barker, John Miles, Alan Price, Ian Shaw and Elliott Randle (Steely Dan). Gerry played organ on Sting's 1996 million selling album 'Mercury Falling'. All of this experience has culminated in the formation of The Big Idea - his most exciting and ambitious band to date.

The Big Idea has evolved from Gerry's popular trio featuring Gerry on Hammond, Garry Linsley on Sax & Paul Smith on Drums. The trio formed the heart of 'The Big Idea' and to it Gerry has added a set of great musicians each selected to help realise his vision and to bring their individual flavours to the music.

The new album - This ... is what we do - features both bands and Sting on vocals and is now available on iTunes and eBay (search Gerry Richardson).

In fact most of the GR discography is available on iTunes.

Error: No articles to display

Error: No articles to display

The latest album - This ... is what we do - features both bands and Sting on vocals and is now available on iTunes.

In fact most of the Gerry Richardson discography is available on iTunes. 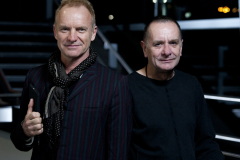 Sting - "Cookin' at the Cluny"

'I'm very proud of our Springtime, it's a great performance.' Gerry was in the year ahead of me in teacher's training college, but gigging was all we wanted to do ... 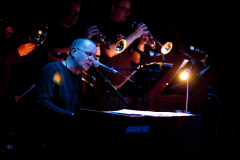